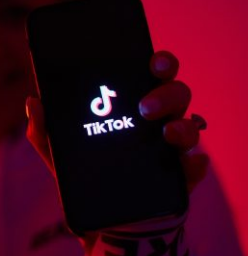 On Tuesday, TikTok made changes to its privacy statement that would give its staff members in China and other nations access to the data of its European customers. Concerns over data sharing with the Chinese government have grown as a result of this revelation.

ByteDance Ltd. of Beijing, which owns TikTok, announced that the new privacy policy would take effect on December 2. Users of TikTok in the European Economic Area, the United Kingdom, and Switzerland are the only ones who are affected by this upgrade.

According to the company’s most recent privacy update, employees in Brazil, Canada, China, Israel, Japan, Malaysia, Philippines, Singapore, South Korea, and the United States would be able to remotely access the data of TikTok’s European users “based on a demonstrated necessity to execute their work,” she said.

With the modifications to its privacy policy, TikTok would also be able to gather location data from users’ devices.

This, according to Fox, is a part of TikTok’s efforts to give its European customers a “consistent, pleasurable, and safe” experience.

She said that the action will be “subject to a number of rigorous security controls and approval standards, and by way of methods that are recognized under the GDPR.” The announcement, however, has been regarded with skepticism.

Since then, TikTok has been criticized for allegedly being a data-harvesting tool for the Chinese government, and the company’s most recent admission hasn’t helped to allay these accusations.

Brendan Carr, one of the U.S. Senate’s five chairs, was in the United States at the same time. In an interview with Axios this week, the Federal Communications Commission (FCC) recommended that TikTok be outlawed by the American government.

I don’t think there is any other way forward than a prohibition, he remarked. The Secure Equipment Act of 2021, which mandates that the FCC defend the nation’s telecommunications networks from foreign threats, was passed as a result of Carr’s strident condemnation of Chinese firms like Huawei and TikTok.

Carr stated earlier this year that China “has a national security law that compels every entity within its jurisdiction to aid its espionage and what they view as their national security efforts,” alluding to the fact that Chinese companies are required to provide the Chinese Communist Party with access to all the data they collect (CCP).

The Mysterious User Data of TikTok

Today, approximately five billion people use social media globally, accounting for nearly 60 percent of all people on the planet.

With over one billion users worldwide, TikTok is the sixth most used and fastest-growing social media site. According to a 2022 Sensor Tower report, TikTok has received over three and a half billion downloads worldwide, making it the most popular social media network. There are around 100 million users of TikTok in the United States and 220 million in Europe.

“TikTok became the sixth app (and the only one not owned by Meta) to break this barrier, surpassing 3.5 billion total downloads, in the first quarter of 2021. Since the beginning of 2018, TikTok has had the most downloads of any app, according to a research from SensorTower.

Despite its enormous popularity, TikTok is not without controversy; it has faced serious privacy lawsuits for collecting the personal information of users who were underage and has been completely banned in some nations, including India and Indonesia, for hosting inappropriate content and being thought to have ties to the Chinese government.

It is unknown if TikTok intends to give its employees remote access to the information of its users in the United States and other countries. After it was discovered that TikTok’s Chinese personnel had access to some of its American users’ non-sensitive data, the company came under intense investigation earlier this year.

In order to allay the worries caused by this announcement, TikTok said in July that it is rerouting the data of its American users to American servers.

Oracle, a software company, restricts access to only those with permission.

Senator Rob Portman of the United States questioned TikTok’s chief operating officer Vanessa Pappas in September about whether ByteDance would give the Chinese government access to user information from the United States.

Are you unsure if TikTok is suitable for your kids? You can get all the information you need in our TikTok for kids guide.