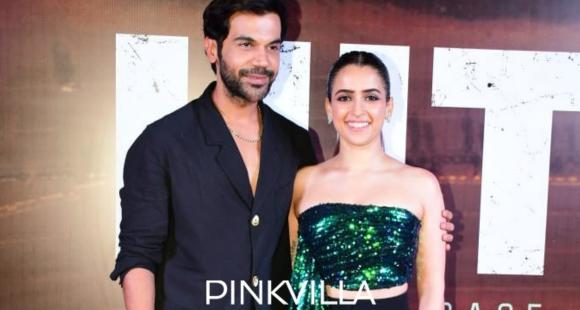 Rajkummar Rao, Sanya Malhotra starrer HIT: The First Case which is a Hindi remake of the Telugu film, has managed to steal the present with its gritty storyline. The film released within the theatres immediately. The movie incorporates a well-wevaed plot that sustains the suspense all through. The film, which delivers a pointy, if barely over-the-top homicide thriller, has managed to garner the curiosity of the moviegoers.

The cinegoers have been impressed with the truth that the makers maintained the intense tone of the unique film within the remake, which in response to them proved to be a robust USP. The others hailed Rajkummar’s fabulous craft and the way in which his maturity was highlighted within the character he performed.

A Twitter consumer wrote, “#HitTheFirstCase is a should watch such an impressive path by #saileshkolanu sir in hindi debut as a director. Has to be such an unbelievable efficiency by @RajkummarRao @sanyamalhotra07 @shilpashukl marked her performing comeback after #chakdeindia & @jatinact (sic).”

Saw the movie #HITTheFirstCase at @NovoCinemas in Doha.
Awesome efficiency by @RajkummarRao.
Good thriller movie in latest instances. Keeps you engaged & concerned all through.
Direction by @KolanuSailesh.
Nice to see @SanjayNarveka13 on display after very long time. https://t.co/yAKPPLN76p

What a power-packed efficiency! @sanyamalhotra07 excellent character and appeared so fairly 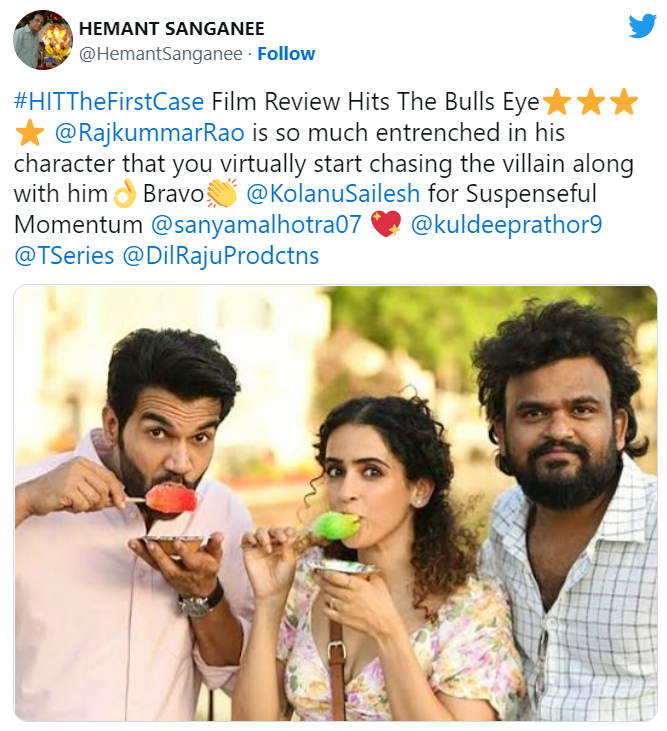 HIT-The First Case is an official remake of the 2020 Telugu film Hit. The movie starred Vishwak Sen and Ruhani Sharma within the lead roles. Sailesh Kolanu additionally directed the official Hindi model of the movie. HIT revolves around an officer named Vikram (performed by Rajkummar Rao) of the ‘Homicide Intervention Team’ (HIT) who doesn’t thoughts going the additional mile to unravel a kidnapping case of two women, considered one of which additionally occurs to be his personal girlfriend. At the identical time, as he solves the case, he grapples along with his personal traumatic previous. The movie is produced by Bhushan Kumar, Dil Raju, Krishan Kumar, and Kuldeep Rathore.