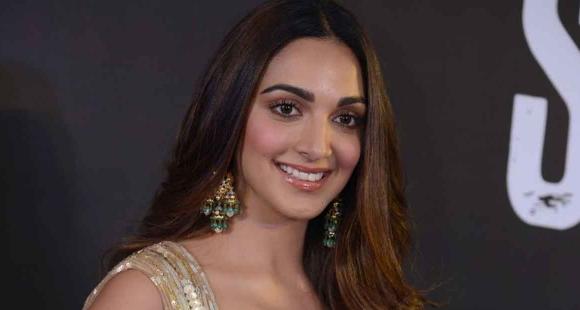 Kiara Advani has been creating an enormous buzz on the skilled entrance as of late. After basking within the success of Bhool Bhulaiyaa 2, which additionally featured Kartik Aaryan and Tabu, Kiara is now gearing up for the release of JugJugg Jeeyo with Varun Dhawan, Anil Kapoor and Neetu Kapoor. Clearly, Kiara is on the high of her recreation as of now. Amid this, her private life tends to make the headlines once in a while. Though Kiara is but to make her relationship with Sidharth Malhotra official, followers have been fairly curious about her wedding.

Kiara Advani on her wedding plans

And now, in her current interplay with India Today, Kiara had opened up about her wedding plans and if she feels the to tie the knot quickly as a number of actresses within the business have tied the knot currently. To this, the MS Dhoni: The Untold Story actress mentioned that she doesn’t really feel the stress to tie the knot as of now. “There is not any stress proper now to get married. I do not assume single folks ought to take any stress,”  Kiara was quoted saying.

The Shershaah actress additional revealed that she has learnt an vital lesson from Anil Kapoor about tying the knot whereby one ought to prepare when he/she feels prepared. “I’ve realized from Anil (Kapoor) sir, that when the time is correct and if you really feel prepared and need to, is when it is best to get married. Don’t go by age, society, and different issues. When you’re prepared, you get married. Meanwhile, simply maintain giving hits,” Kiara was quoted saying. To word, Kiara will probably be collaborating with Anil for the primary time in JugJugg Jeeyo.

As of now, Kiara is busy selling Raj Mehta’s directorial JugJugg Jeeyo which is slated to release on June 24. The movie revolves around post marital points and marks Kiara’s second collaboration with Varun after their 2019 release Kalank whereby the actress did a cameo. Besides, Kiara can be working on Shankar’s RC 15 with Ram Charan and also will be seen in Shashank Khaitan’s directorial Govinda Naam Mera with Vicky Kaushal and Bhumi Pednekar.