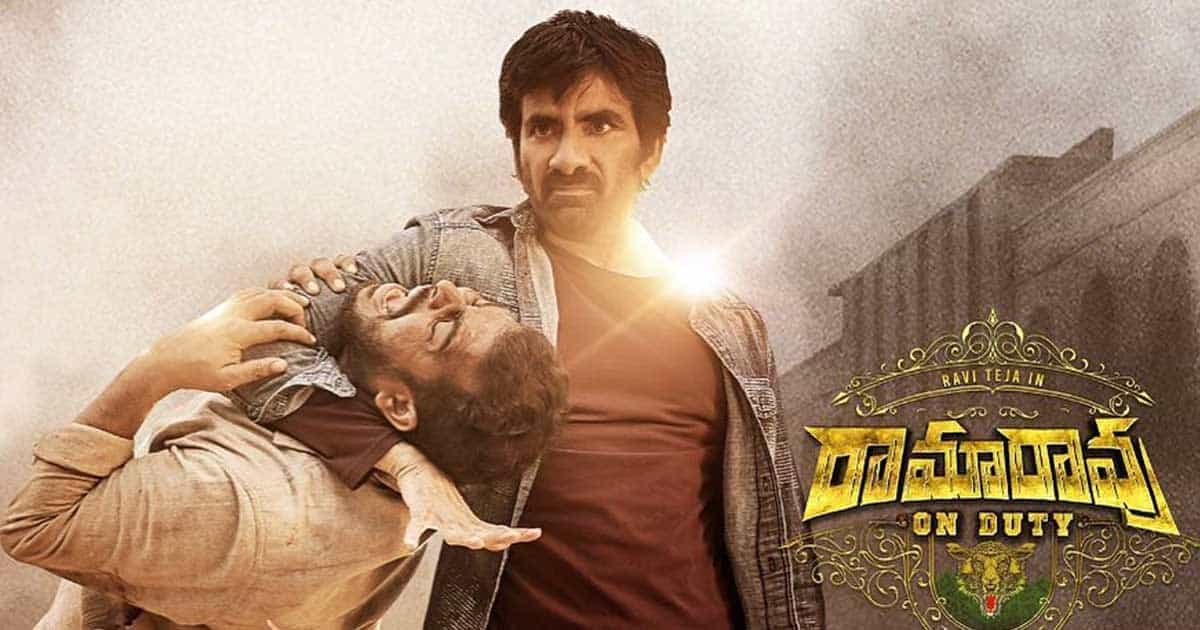 The recently-released ‘Ramarao On Duty’ can be considered as the biggest failure in Ravi Tejas’ career, because Sudhakar Cherukuri, the film’s producer, has lost a huge amount, which is vested in for the action drama. However, Ravi Teja seems to have assured to compensate the losses.

It is reported that, in order to compensate the huge losses, the ‘Bhadra’ actor told the ‘Ramarao On Duty’s producer that he would star in another movie under his banner without accepting payment. For the time being, this has been a big relief for the producer.

Ravi Teja, who has dropped back-to-back flops, is being blamed for his hasty decisions regarding his movies. His fans are also bashing him on the social media. Some of them went forward to pen down an open letter, in which they remind him to be extra cautious about his story selection.

All eyes are currently focused on the actor’s next films, ‘Tiger Nageswara Rao’, ‘Dhamaka’ and ‘Ravanasura’. With these movies, Ravi Teja is trying to end his string of duds. He will also appear in the KS Ravindra-directed film ‘Waltair Veerayya’ starring Megastar Chiranjeevi.

While talking about Ravi Teja’s ‘Tiger Nageswara Rao,’ the film has roped in Anupam Kher.

First look poster of Anupam from the film was released by the producers on social media on Tuesday morning.

Anupam Kher will play a pivotal role in ‘Tiger Nageswara Rao,’ despite the poster not showing his full appearance. When viewed from behind, Anupam Kher appears to be lost in his own thoughts, while the environment around him suggests that he is in fact powerful.