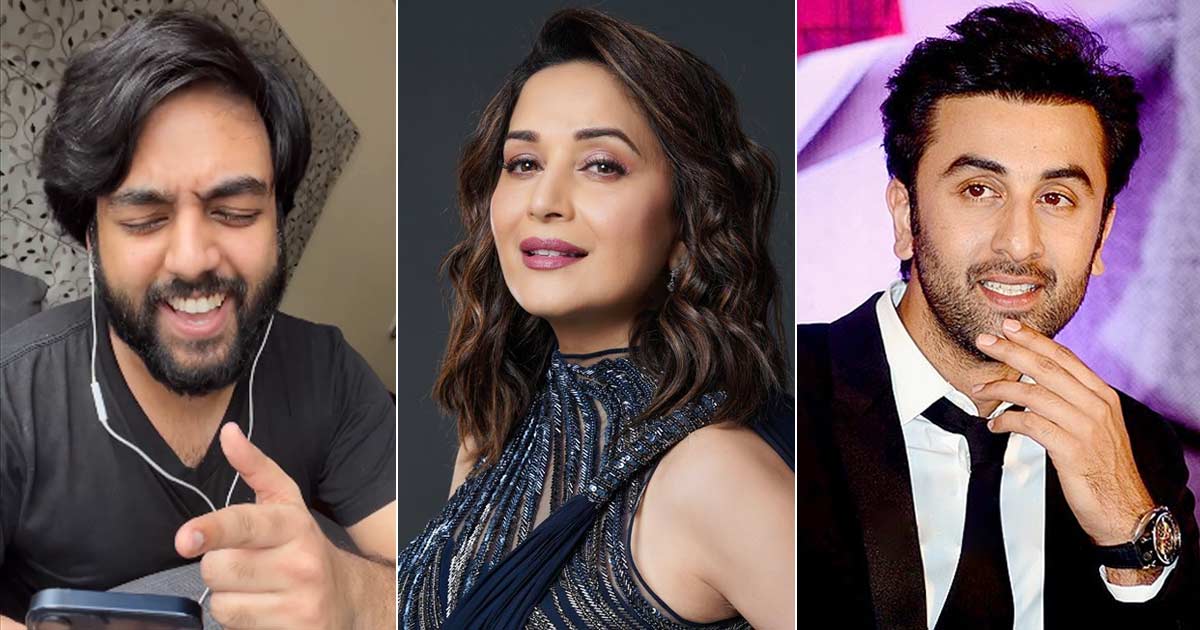 Social media has develop into an enormous platform for folks to discover their skills and it’s only honest to say that some folks have gained fame on platforms like Instagram and Twitter solely on the premise of creativity. One such, much-loved, artist is Yashraj Mukhate and guess what, he’s again once more with a brand new monitor and it has all of us grooving. Well, it doesn’t finish there. Looks like followers are loving the idea of Ranbir Kapoor and Madhuri Dixit dancing on this new peppy quantity and it’s completely price a watch.

For the unversed, Yashraj rose to fame through the pandemic when he took up a scene from the favored tv serial Saath Nibhaana Saathiya and made a unusual music out of it, famously known as ‘Rasode Me Kon Tha’. The music went viral inside minutes and that was only the start of an entire new style of music. Mukhate has introduced his followers with a number of such hits ever since and it consists of edits like ‘Biggini Shoot’ and ‘Boring Day’, amongst others.

In the latest flip of occasions, Yashraj Mukhate dropped a brand new music and this time, he has taken the video of a lady yelling at a person named Shafiq who occurs to have stated ‘I like you’ to her. In the hilarious clip, she colleges the person for unnecessarily mentioning his love for her and Yashraj has given it simply the precise twist to make it as catchy and unforgettable as possible.

The winner, nonetheless, was a video edit created by an Instagram deal with by the identify ‘OyeAnpackage’, He determined to mix the music with a phase from the Ranbir Kapoor and Madhuri Dixit starrer music Ghagra and the edit is solely excellent. The lyrics and beats go very properly with the energetic steps of the Yeh Jawaani Hai Deewani music and it even appears like Madhuri and RK are bickering with one another.

In part of the clip, Ranbir Kapoor even appears like he’s attempting to impress Madhuri Dixit and her on-point expressions make it seem to be she may be very offended by Shafiq’s ‘I like you’. Have a take a look at the video.