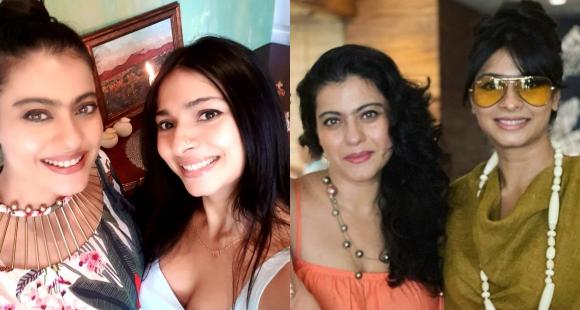 Tanishaa Mukerji made her debut in Bollywood with the 2003 film Sssshhh alongside Dino Morea and Karan Nath. Later, she starred in several movies like Neal ‘n’ Nikki, Popcorn Khao! Mast Ho Jao, Sarkar, Tango Charlie, One Two Three, and many others. The actress has also participated in reality shows like Bigg Boss 7 and Fear Factor: Khatron Ke Khiladi 7. Tanishaa is the younger sister of actress Kajol and daughter of actress Tanuja. Recently, she opened up on the constant comparisons with her sister.

Talking to Bollywood Hungama, Tanishaa talked about being compared with Kajol and said that her sister had a different journey and they don’t compare each other. “The comparison has been in the mind of the public. When you are a newcomer with privilege, they don’t get a chance to make too many mistakes. They don’t get a chance to learn on the job,” she added. Further, she also talked about having a successful mother and said that it puts pressure. “If you have a successful mother you have a very easy life. You’re already at a level of privilege that a lot of other people are not at and then when you add a successful sister and a successful family, you come from so much privilege that tough idea is a mindset.”

She said that life can be very difficult if a person buys into that mindset. “But if you come from a place of like I am so lucky that I already got placed in that position and so many more opportunities were open to me. so much more, access was open to me, and when you value that I don’t think you find it tough.” Tanishaa said that journeys are different and it is a different level of toughness for people who are new to the industry and the kind of barriers that they have to cross are different.

Tanishaa also talked about prioritising mental health in the film industry and said that one should have a strong sense of self. “I didn’t make it because I didn’t have that. Maybe I was a little more insecure.” On the work front, she was last seen in the 2021 spy thriller film, Code Name Abdul.

Also Read: Tanishaa Mukerji opens up on freezing her eggs at 39: It’s okay to not have children, not the only calling