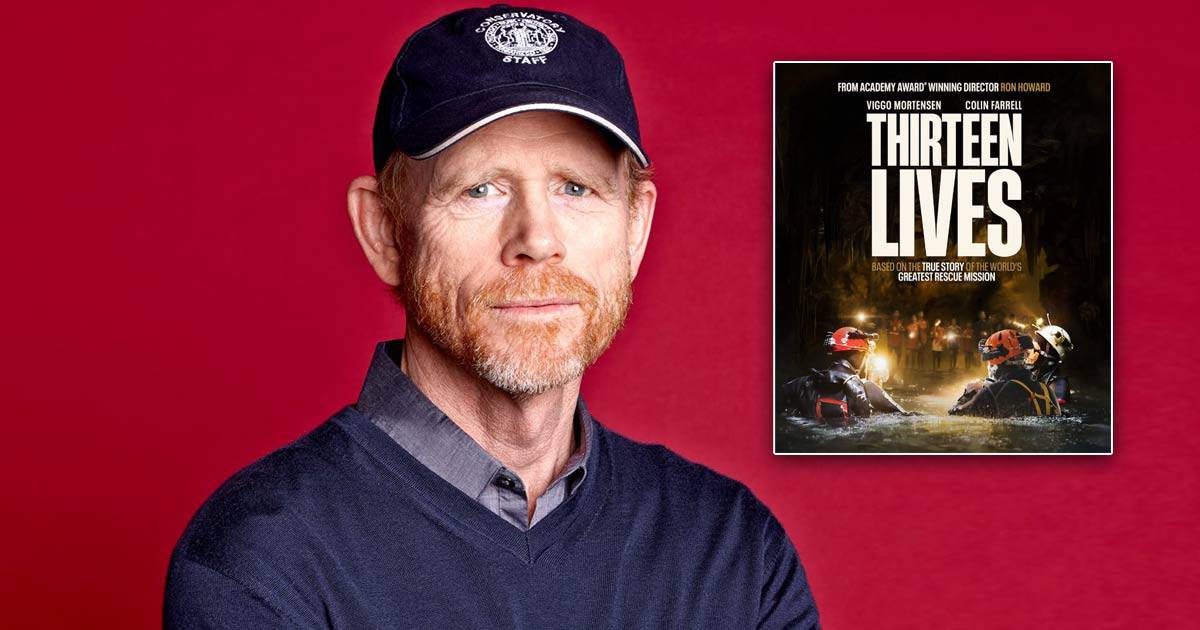 Thirteen Lives is based on the 2018 Tham Luang cave rescue mission of the Thai football team. Directed by Ron Howard, the film is all set to stream on Prime Video, August 5 onward.

With the release date inching closer, Amazon Prime Video’s upcoming offering Thirteen Lives is making the right noise. It is based on the true events of the 2018 Tham Luang cave rescue mission. The film follows the journey of 12 young football players and their coach who suffered for 18 days in the caves before being rescued safely. Director Ron Howard recently spilled beans about shooting the narrative in drastic conditions, the challenges they faced and how he ensured authentic Thai culture inclusion in the film.

Revealing how he brought a real feel to the story, Ron shared a few things. He added, “There was not much rehearsal done. What the viewers will see are all sets and not real caves, but even I was surprised looking at the tank. I’ve directed a lot of underwater projects so it is natural to make it look a little more dangerous and fanatic, but they’re super-safe and controlled. At the same time, it was tight too. The actors developed the competency to be able to do certain things and do it safely. All the actors did their own diving. Since, we never rehearsed and started shooting, when actors were navigating their way through a tight space, their expressions and hardships were real. Therefore, it is likely to give viewers the true feeling of the difficulty in having to find the way while trying to save these kids.”

While the film is based on the incredible rescue mission of the Thai football team, the director left no stones unturned to give a glimpse of authentic Thai culture. He felt it was required to keep the essence of the story intact.

“It meant a lot to me and I also thought that it was one of the more dramatic, freshest and coolest elements of all this that we could bring to the screen. But I knew I couldn’t do it on my own, I’m not Thai and I don’t speak that language. But, I have worked in situations where I’ve learned to trust collaborators and in this case, I knew I have a great cast, but I also knew I needed to go further, and I was able to have a couple of guys join the production team to help us achieve what we wanted, and one of them is Raymond Phathanavirangoon (co-producer of the film),” Ron shares.

Raymond, who helped Ron get the Thai culture right for Thirteen Lives praised the director’s sheer dedication and clarity. He said, “One of the first things that Ron was really particular about was that he wanted to make a film so authentic that it becomes difficult to differentiate if it was made by a Thai person or a foreigner. So, he wanted me to be really honest about all the different elements and emotions that were portrayed. Accuracy was very important for him. I was in Thailand when this unfortunate event took place, but, I wasn’t even aware of the little details that he brought to the screen. I think what makes the story special is not just about the divers and rescue mission, but there are so many other elements like people coming in through the sheer spirit of volunteerism and really trying to make something like this miraculous happen.”

Don’t miss Thirteen Lives, based on the mysteries of the unfortunate 2018 Tham Luang cave event in Thailand that sent shivers down our spine, only on Amazon Prime Video, August 5 onward!

Must Read: Justin Bieber Is Mighty Impressed With A Haryanvi Drummer At A Jagrata, Shares The Viral Video Leaving Indian Fans Shocked